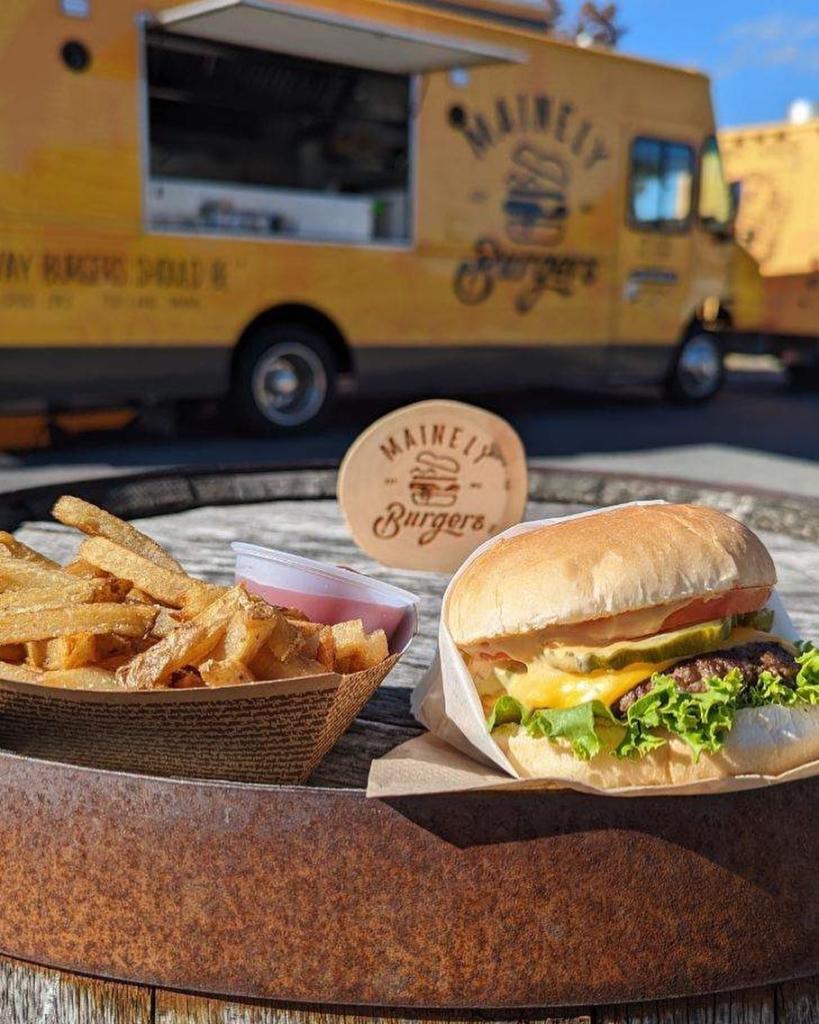 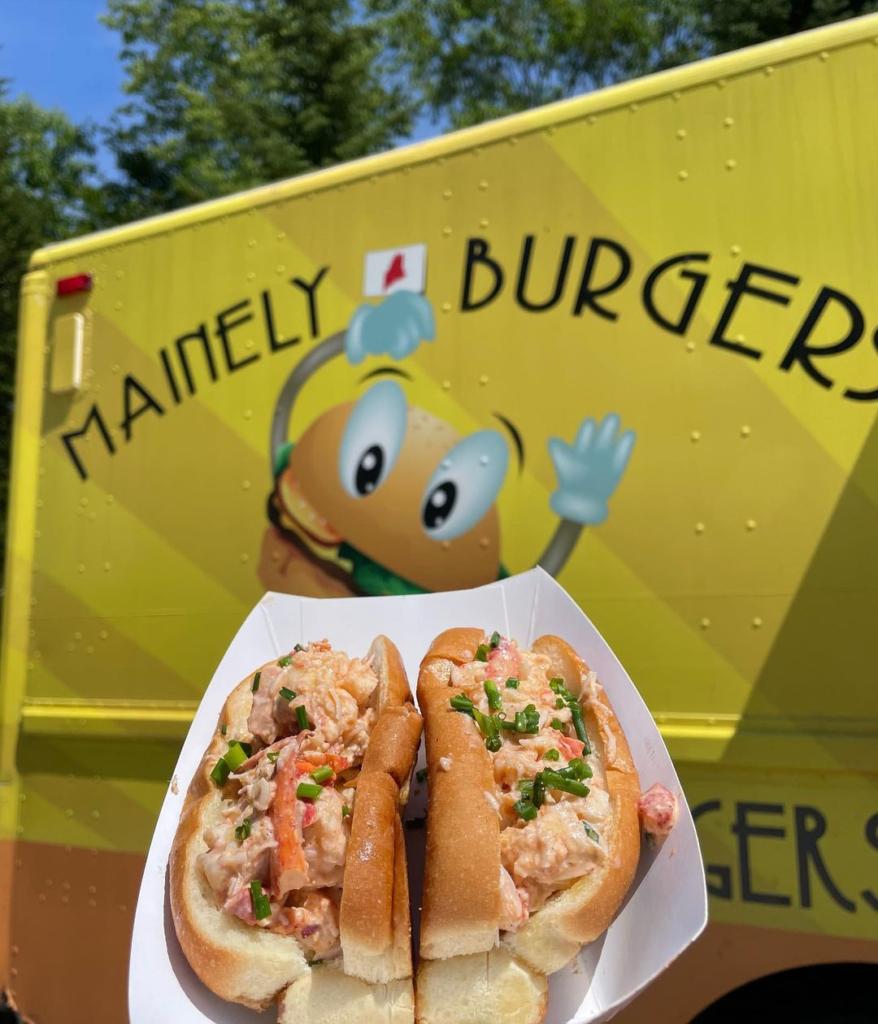 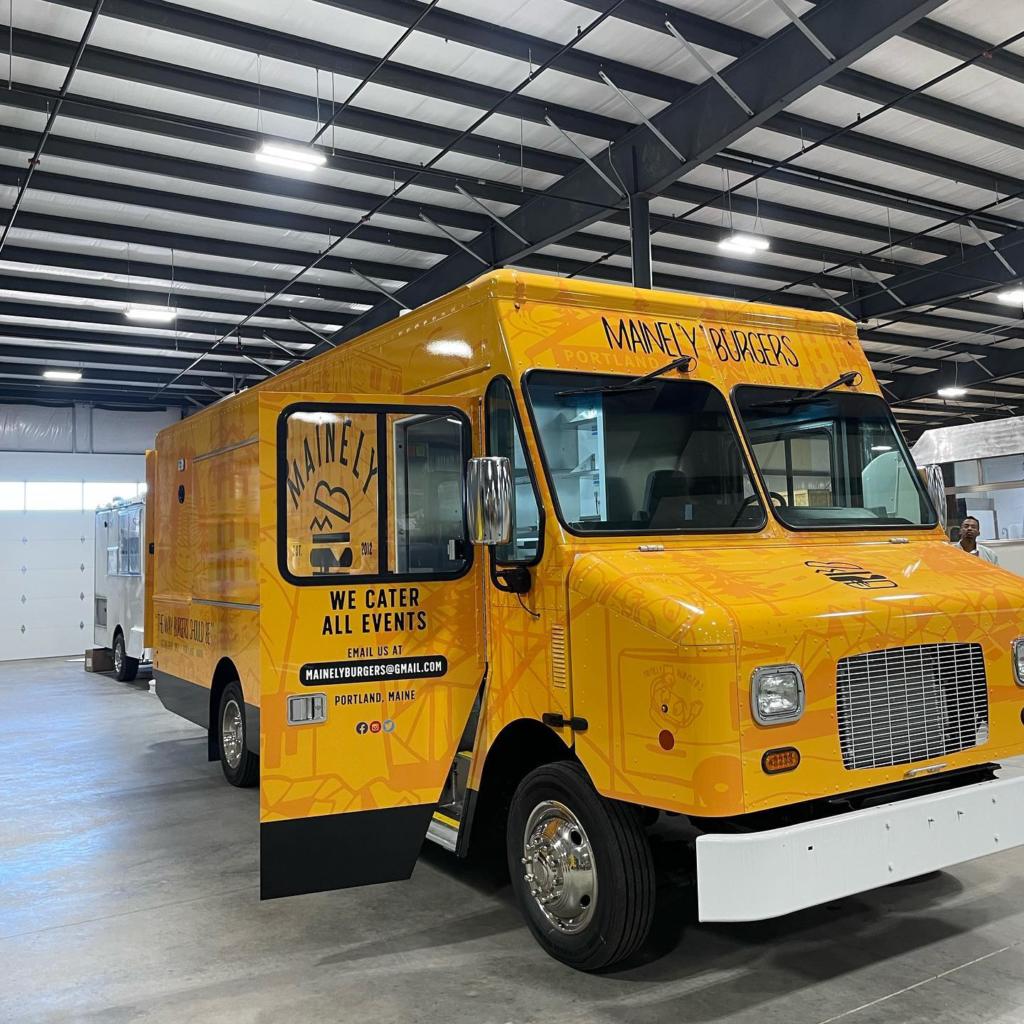 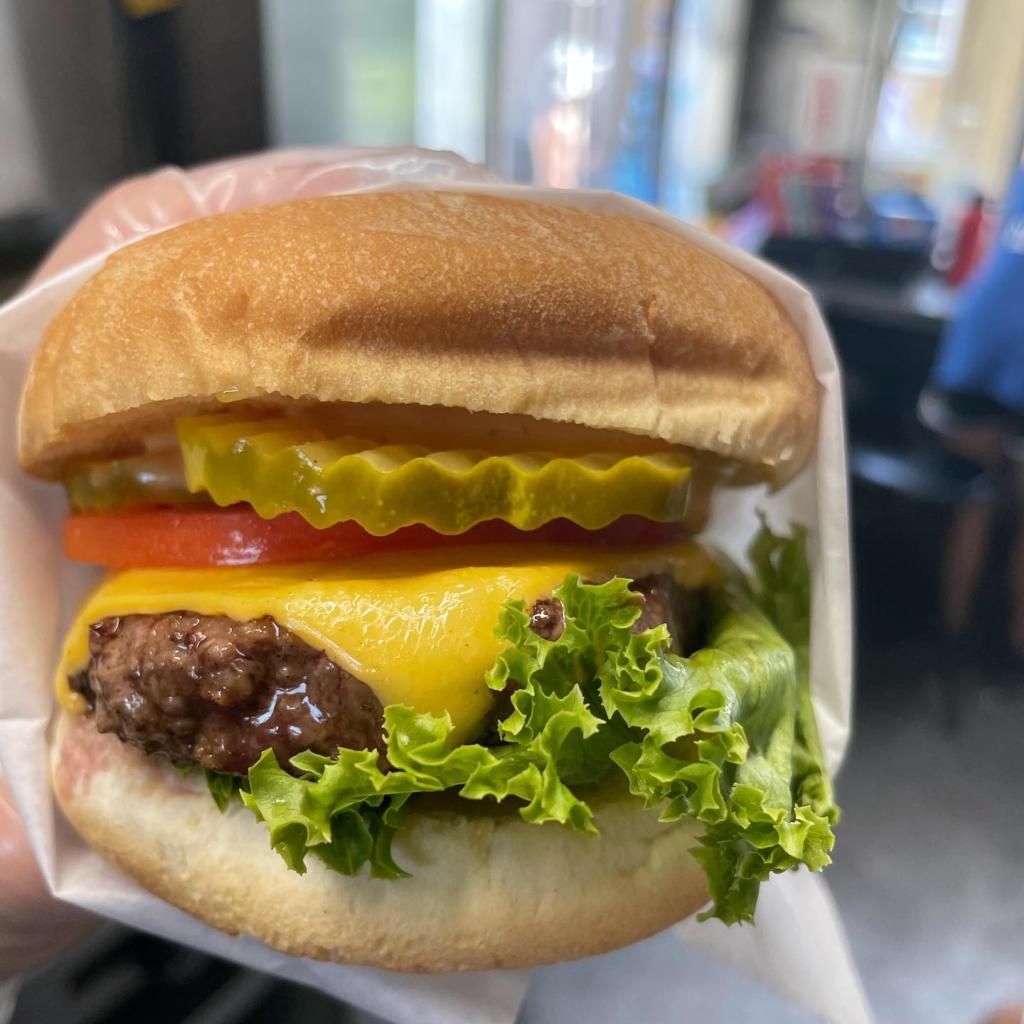 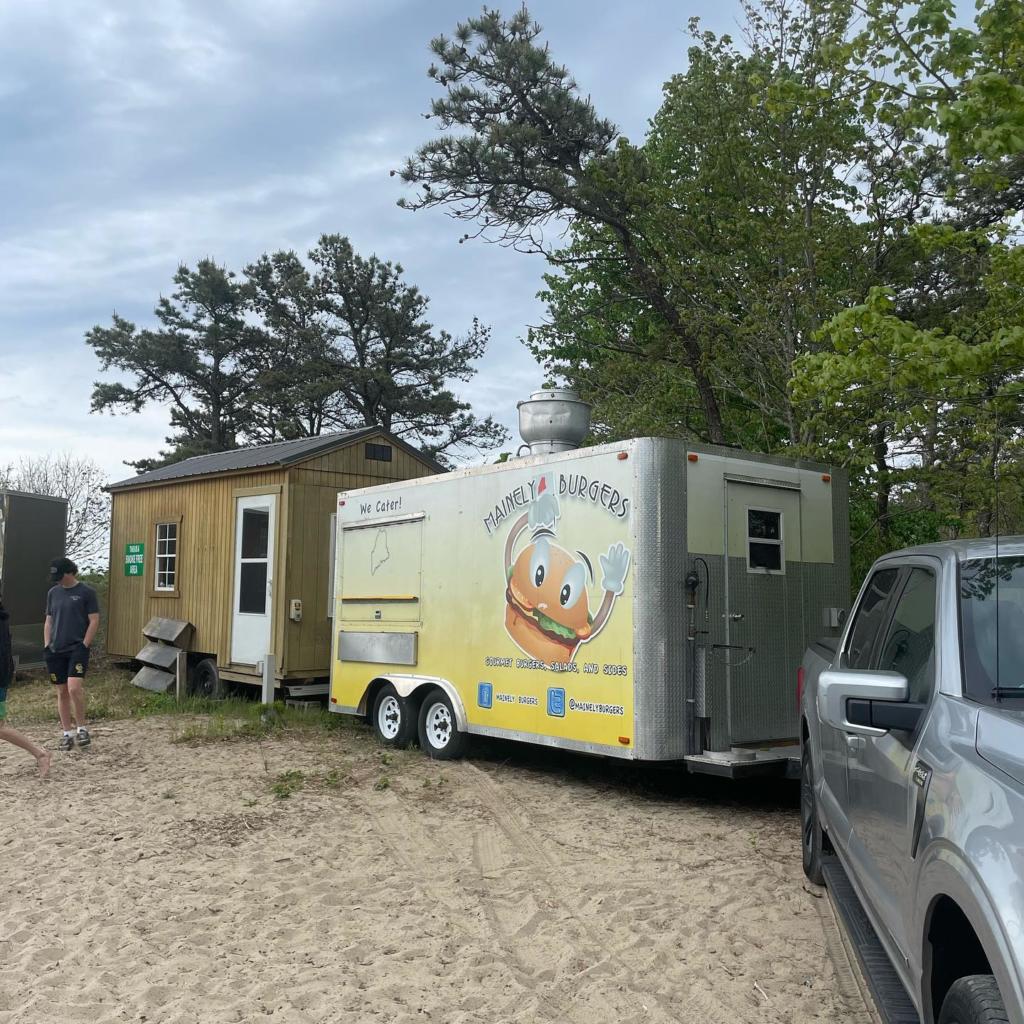 Our original food trailer since 2012, on the boardwalk at beautiful Scarborough Beach State Park.

Chef-owners Jack and Max Barber are brothers, born just two years apart. Spend a few minutes with them and you’re sure to encounter some brotherly banter. “We’re brutally honest with each other,” says Max with a chuckle. “At the same time, there’s a lot of love there.”Part of that love is a love of food. As the Barbers often say, the food business is in their DNA. A maternal great-great-grandmother owned a bakery in Ohio, and their paternal grandfather built a stuffed-chicken empire in Portland, Maine. Their dad, David Barber, began working for the family business at age 12, deboning chickens on the production line. Jack and Max followed suit, working for Barber Foods after school and on weekends.Perhaps unsurprisingly, home life centered around family dinner. David, Max, Jack, and mom Dorie gathered around the table each night to share a meal and the day’s experiences. The boys contributed to the meal, setting the table and making some of the food. The Mainely Burgers salad dressing is based on the recipe that Max perfected as a teen.

The Barbers are from Cape Elizabeth, Maine—on the coast, just south of Portland. Max and Jack have many fond memories of exploring rugged beaches and mountains and eating good food farmed and fished locally. Mainely Burgers is both a tribute to and showcase for Maine’s bounty.When Jack went away to college in Boston, he found himself a bit homesick. Returning to Maine for the summer of 2012, he launched Mainely Burgers as a food truck business, serving up burgers and fries at Scarborough Beach.Today, Mainely Burgers maintains its summertime fleet of food trucks in the Portland/Cape Elizabeth area, while bringing Maine to Massachusetts at its Cambridge and Boston restaurants. About 30% of the ingredients come from Maine (the potatoes for the French fries come from, yes, Fryeburg). Everything else is sourced from New England suppliers, including the beef.

Jack and Max hope their restaurants appeal to a diverse mix of customers. “We want Mainely Burgers to be a place where families, students, and working professionals all feel at home,” says Jack. “We love bringing people together.” This philosophy extends to the other side of the counter. Max and Jack work hard to create a positive working environment for their team. They’re proud of the fact that several Mainely Burgers employees are immigrants.This, too, is a family tradition. Their grandfather, Gus Barber, was an immigrant who “paid it forward” after achieving success with Barber Foods. The company became a major employer for the immigrant population of Greater Portland, hosting language and citizenship programs.Gus Barber also supported Portland’s neediest residents, generously donating to local food banks. His grandsons, in turn, supply meals and resources to organizations in Portland and Boston that focus on education, children, and food insecurity.

Above all, it’s about good food.

Max and Jack are passionate about making delicious, nourishing, fun food. They are equally inspired by their grandfather’s emphasis on quality and the innovative food scene of Portland, Maine. While the core menu stays the same, the brothers enjoy inventing memorable, seasonally inspired specials.“The burger offers up such a great opportunity to get creative,” explains Max. “You can go classic or try something unexpected.” When it comes to developing a new menu item, Max and Jack do all the testing and tweaking themselves. Take, for example, the fries, “We tested them dozens of times to get the right crispness,” says Max.

Adds Jack, “We’re always asking, ‘How can we do this better?’”